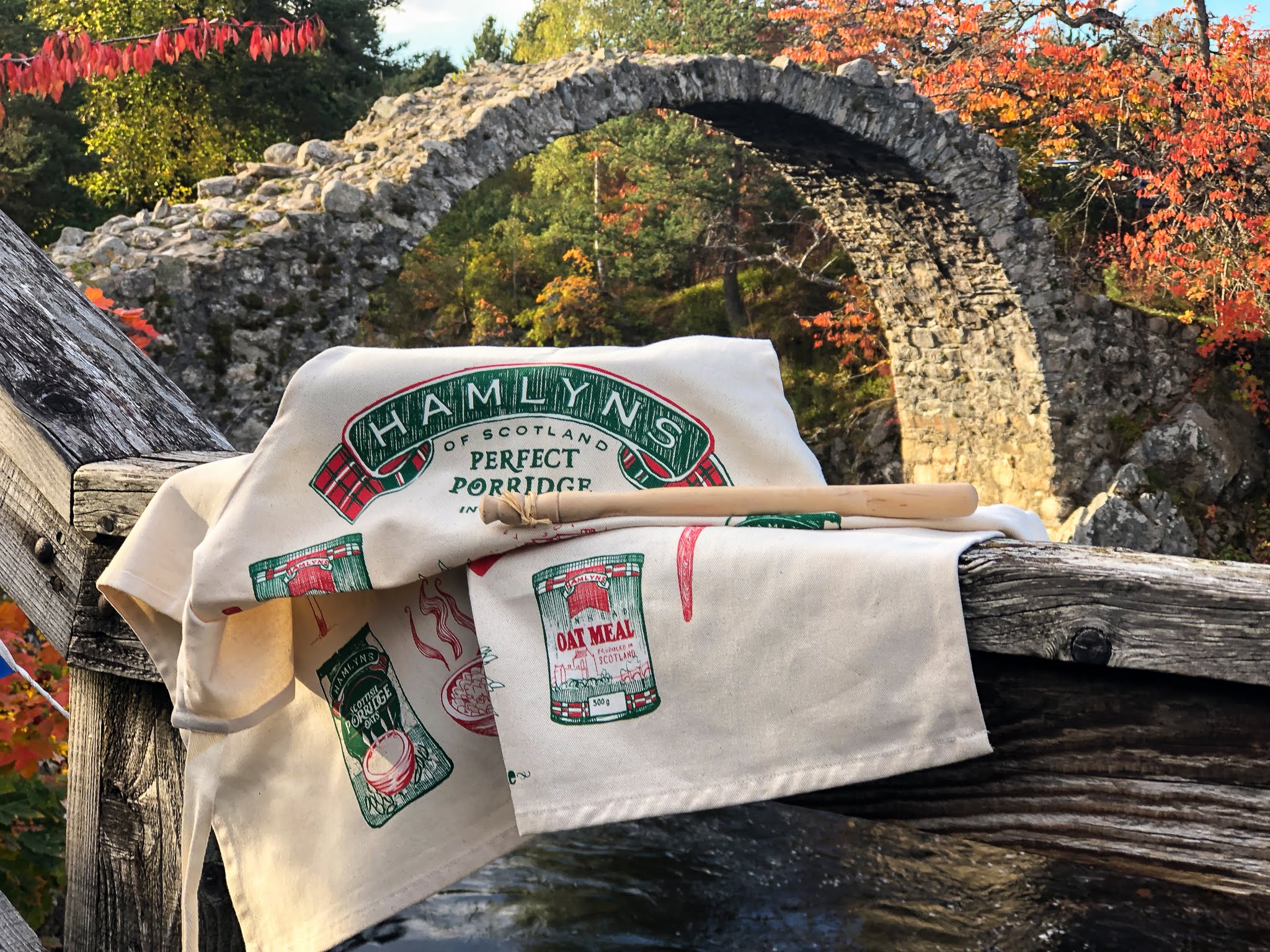 We had a fabulous weekend at the 25th Annual World Porridge Making Championships in Carrbridge. Hamlyns has been involved in the competition since the very beginning, and we’re proud to still be the main sponsor 25 years on.

This year’s event drew competitors and their supporters from 11 countries, including Finland, Sweden, Canada, Germany, USA, Estonia, Ireland, Russia, Australia and from across the UK. 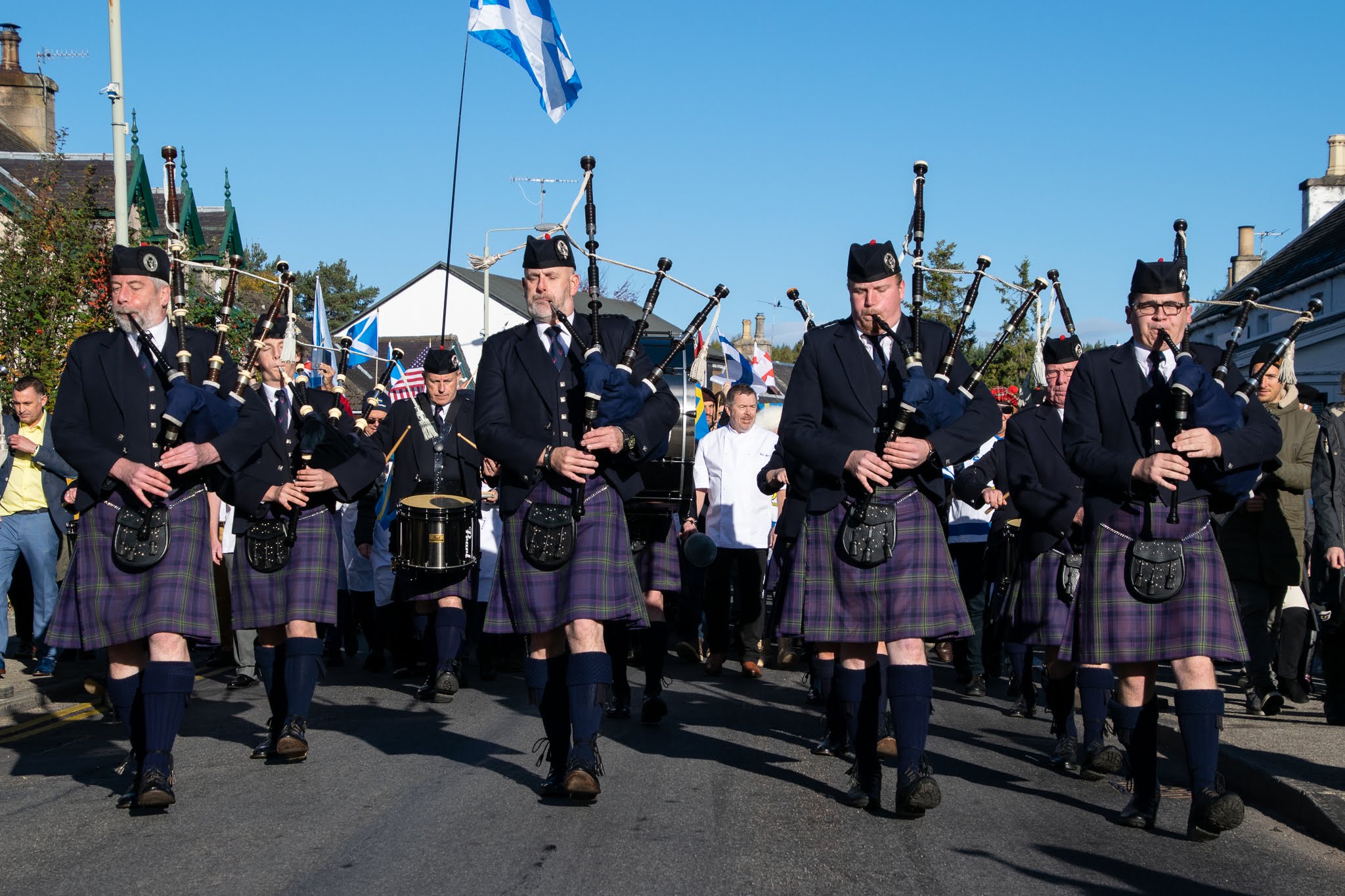 Saturday’s 25th anniversary celebrations began with the judges, competitors and supporters marching from the old packhorse bridge (which indecently is the oldest stone bridge in the Highlands, dating back to 1717) through the village, behind the Carrbridge pipe band.

The event also included a food fair, whisky tastings and cookery demonstrations. The organisers had also created a lovely new recipe book, Spurtle Specialities, featuring many of the speciality recipes from the last 25 years. 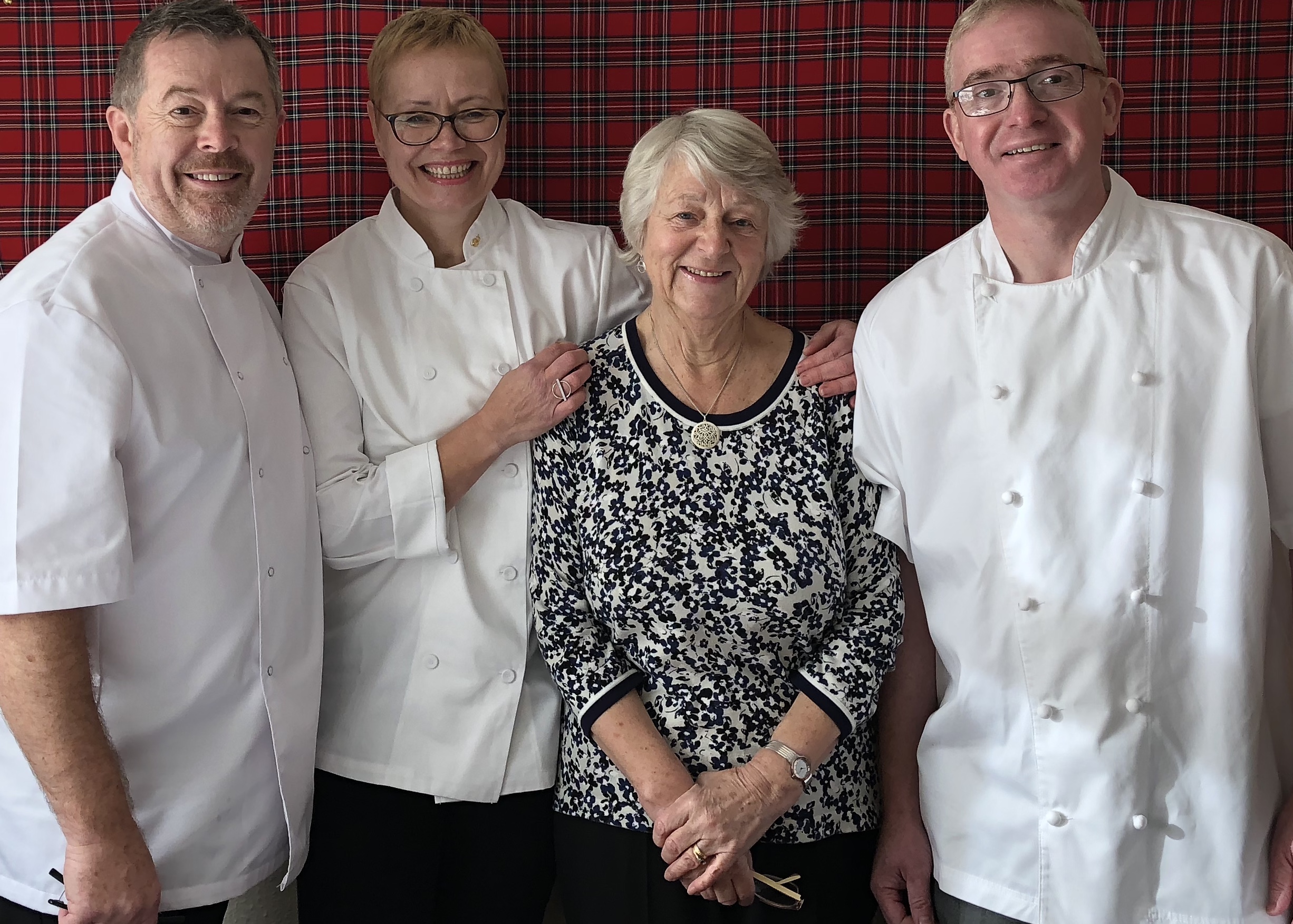 The coveted title of World Porridge Making Champion is awarded to the contestant deemed to have made the best traditional porridge using just three ingredients – oatmeal, water and salt. 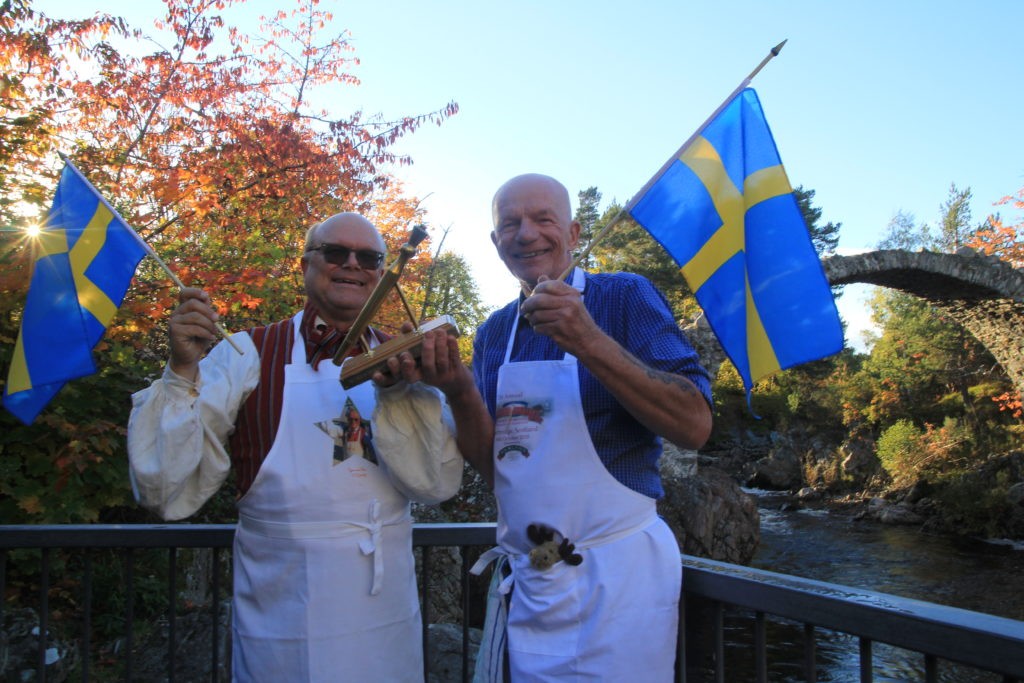 For the first time in its 25 year history, the judges awarded the coveted Golden Spurtle trophy to two competitors, Calle Myrsell and Per Carlsson, both from Sweden. Per won the speciality porridge title last year, and Calle was entering for the first time.

Following the announcement, Per Carlsson said: “After I won the speciality porridge category last year I have thought about winning the Golden Spurtle every day, so I am absolutely delighted. Great porridge needs three key things; love, patience and great ingredients.”

For novice entrant Calle, who was also visiting Scotland for the first time it was a big experience. “Everyone here at the competition has been so friendly and welcoming. I am totally surprised to win on my first time. I came here on my own but everyone back home is thrilled for me, I have never had so many Facebook comments! For the perfect porridge I like to cook for a long time, nearly 25 minutes and only adding the salt in at the end. I like a smooth consistency so it doesn’t stick to the spoon or spurtle.”

As well as the traditional porridge competition, there is also a speciality category for oatmeal combined with any other ingredients, leading to a wide variety of sweet and savoury entries. 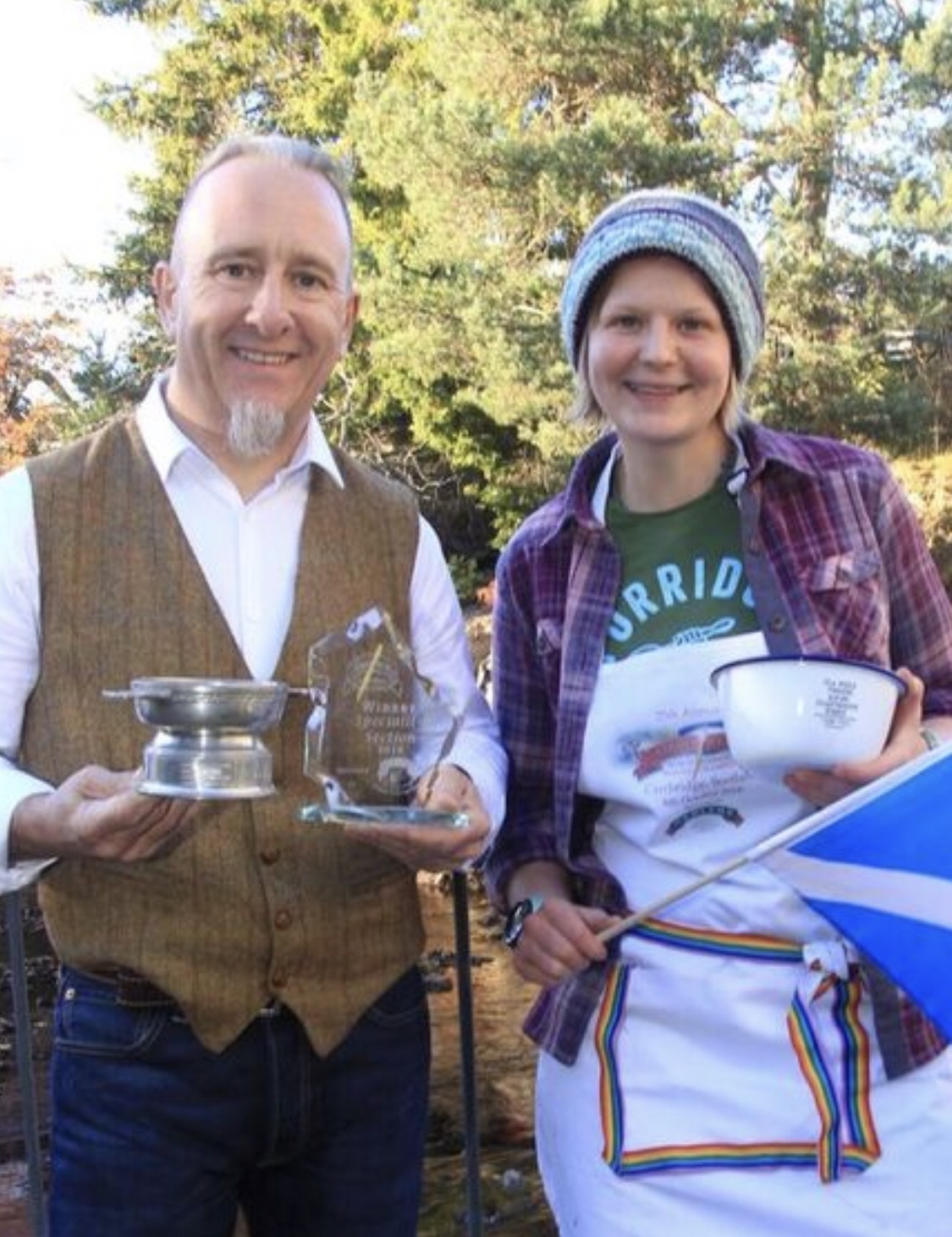 We were delighted that Chris Young, owner of Perthshire Oatcakes was crowned speciality winner. We have supplied Chris with the oats for his fabulous oatcakes for many years, as well as the oatmeal for his porridge! Chris won with his sensational oat inspired tapas board, featuring eight individual elements, all prepared in the allotted half hour – while cooking his porridge for the main competition at the same time!

Chris’s amazing tapas board included mussels stuffed with skirlie, Mexican green rice (made with pinhead oats) and steak with an oat gremolata.

The winner of the first ever junior heat, created for Scotland’s Year of Young People, pictured here with Chris, was 26 year old, Lynn Munro whose beautifully-presented speciality “Foraged porridge” featured honey, hazelnuts, blueberries, brambles, oatmeal, water, wood sorrel, plums, apples, quince, rosehip and hawthorn, some of which was foraged in Carrbridge on the morning of the competition.

Speaking after the event, organiser Michelle Green, said: “This year’s championships were spectacular and a fitting way to mark our celebration of this wonderful but humble dish. It is the first time we have had joint winners as the judges just couldn’t pick one over the other. Both Per and Calle can feel very proud to have succeeded in the face of stern competition from across the world. It’s certainly been a closely fought battle! I hope that the Golden Spurtle World Porridge Making Championships will continue to inspire people worldwide to enjoy porridge.”

Hamlyns Managing Director, Alan Meikle, said: “Hamlyns of Scotland is proud to have sponsored the World Porridge Making Championships since the very beginning, and it’s fantastic to see how the event has grown over 25 years to become a real highlight of Scotland’s food and drink calendar. It’s been a wonderful day celebrating one of Scotland’s most traditional foods, and we’ve been amazed to see the huge variety of speciality dishes. Congratulations to all of the winners and to the organisers on another excellent event.”

Full details of the event are available at www.goldenspurtle.com. 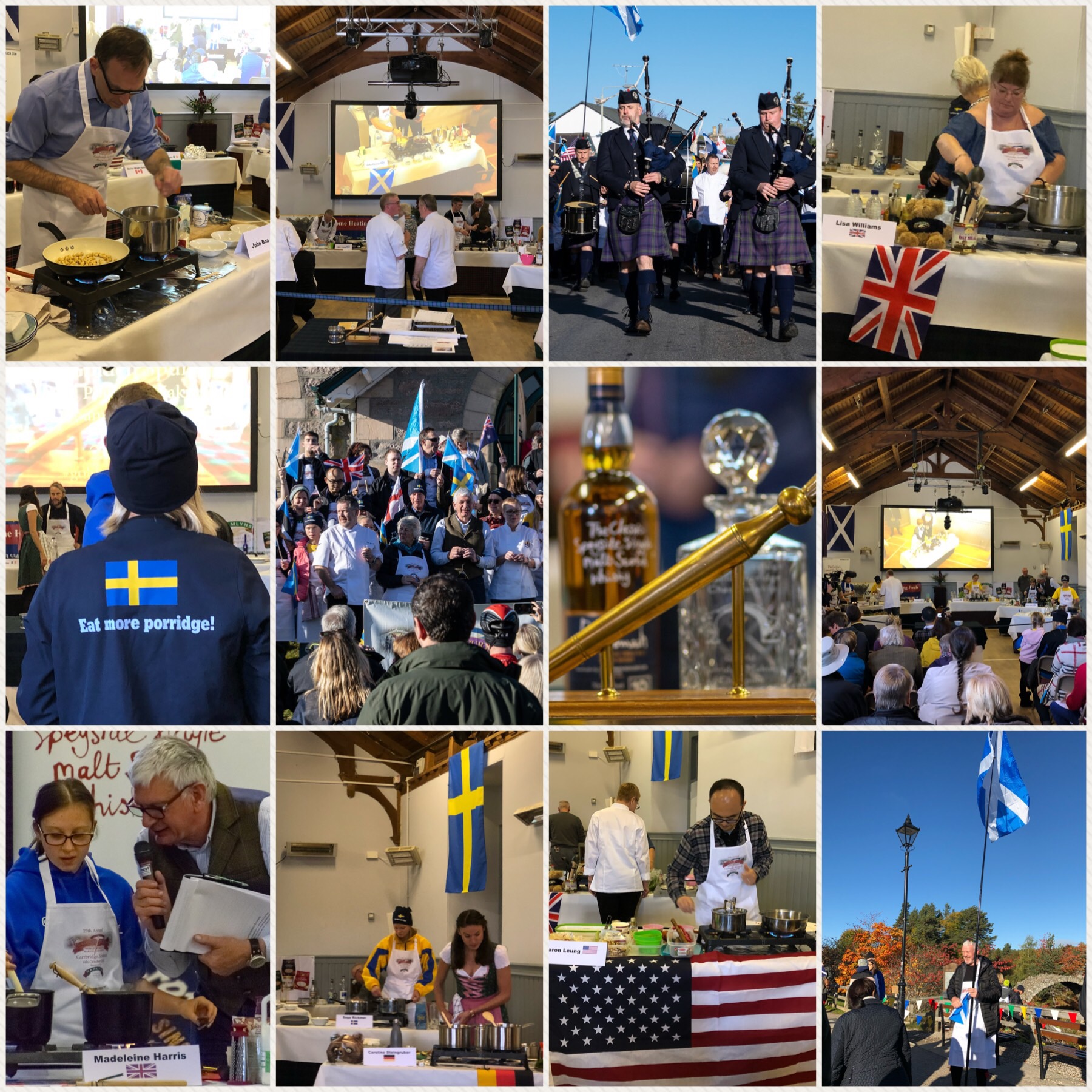