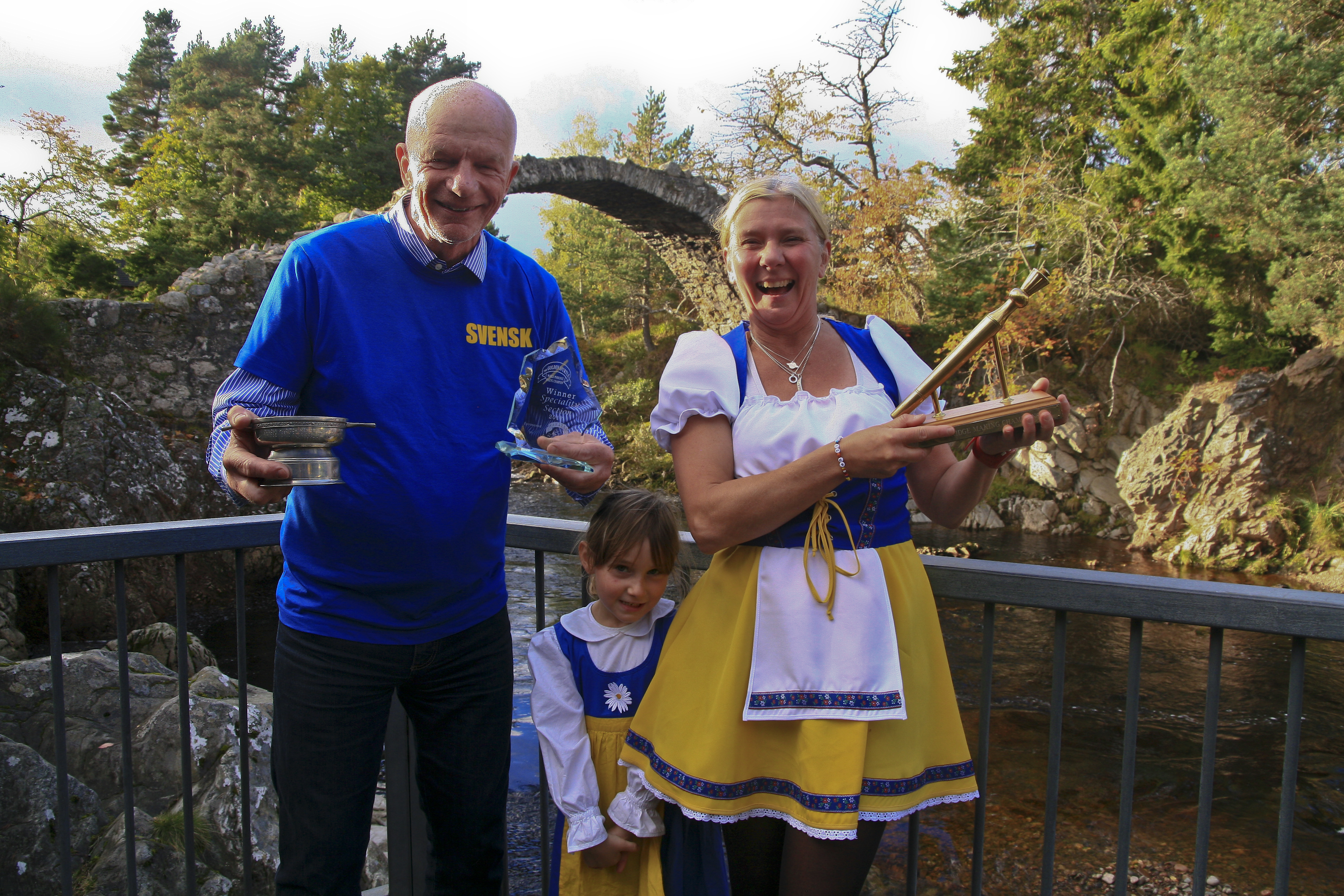 Competitors from Sweden have taken the main and speciality titles at the 2017 World Porridge Making Championships, which took place in the picturesque Highland village of Carrbridge on Saturday.

As main sponsors, Hamlyns were delighted to spend the weekend in Carrbridge, talking to the competitors, judges and visitors about all things porridge.

It was a fantastic event from start to finish, with the best of Highland hospitality on offer for the international line up which included competitors from the USA, Russia, Switzerland, Holland, Iceland, Sweden and across the UK and Ireland.

While many of the competitors worked in oat production, the competition attracts a wide range of porridge lovers and this year’s competition included an Icelandic café and healthstore owner, a Scottish gallery owner, a Swedish glass maker, a Scottish civil engineering technician and a Swiss food scientist whose surname Bircher reflects one of the latest porridge trends!

The title of World Porridge Making Champion is awarded to the competitor who makes the best traditional porridge using only three ingredients – oatmeal, salt and water. The porridges are judged on three factors – consistency, taste and colour.

Colin Bussey, former Executive chef at both The Savoy and Gleneagles chaired the judging panel, supported by classically trained French chef, Lydie Bocquillon, originally from Avignon, now chef/owner of the Auld Alliance restaurant and guesthouse in Kingussie, and Shirley Spear, Scottish Food Commission Chair and owner and founder of the award-winning Three Chimneys on the Isle of Skye.

Speaking after her win a delighted Ellinor said: “The World Porridge Making Championships is such a great event. It’s a real honour just to compete in the competition, never mind to win. I can’t really put how I’m feeling into words, it’s just a fantastic feeling. I was very excited when Per won the Speciality title and when the judges called out my name as World Champion I couldn’t believe it – I was jumping up and down, it was very exciting.”

Ellinor believes that it’s very important for people to think about what they are eating. Ellinor works in a sales role in the steel industry, and in her spare time she runs foodie tours in the woods and fields around her local town of Halmstaad in south west Sweden, and in some of the speciality restaurants in the town.

In the ‘Speciality’ competition, oatmeal must be the main ingredient in any sweet or savoury porridge-based dish. 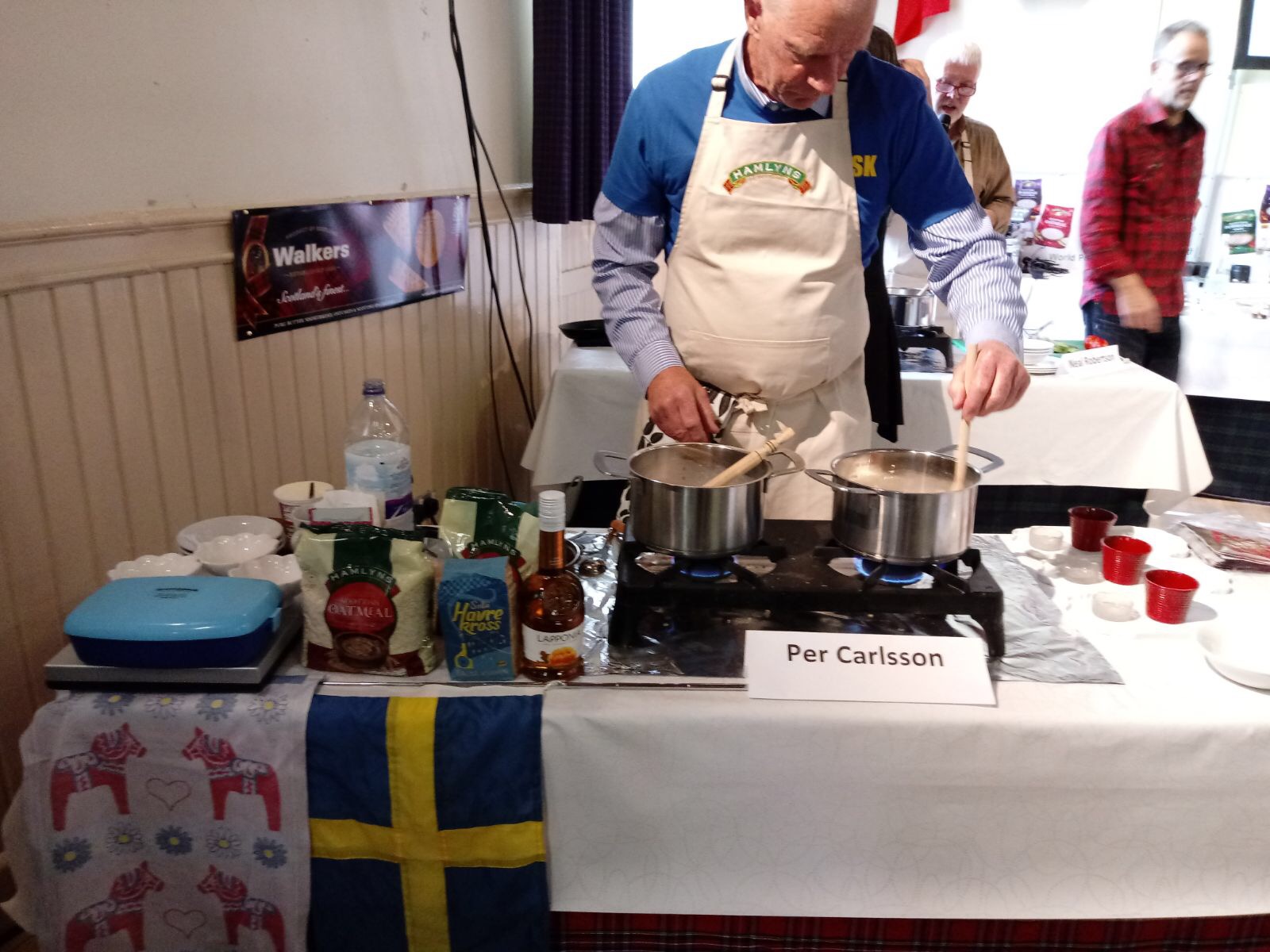 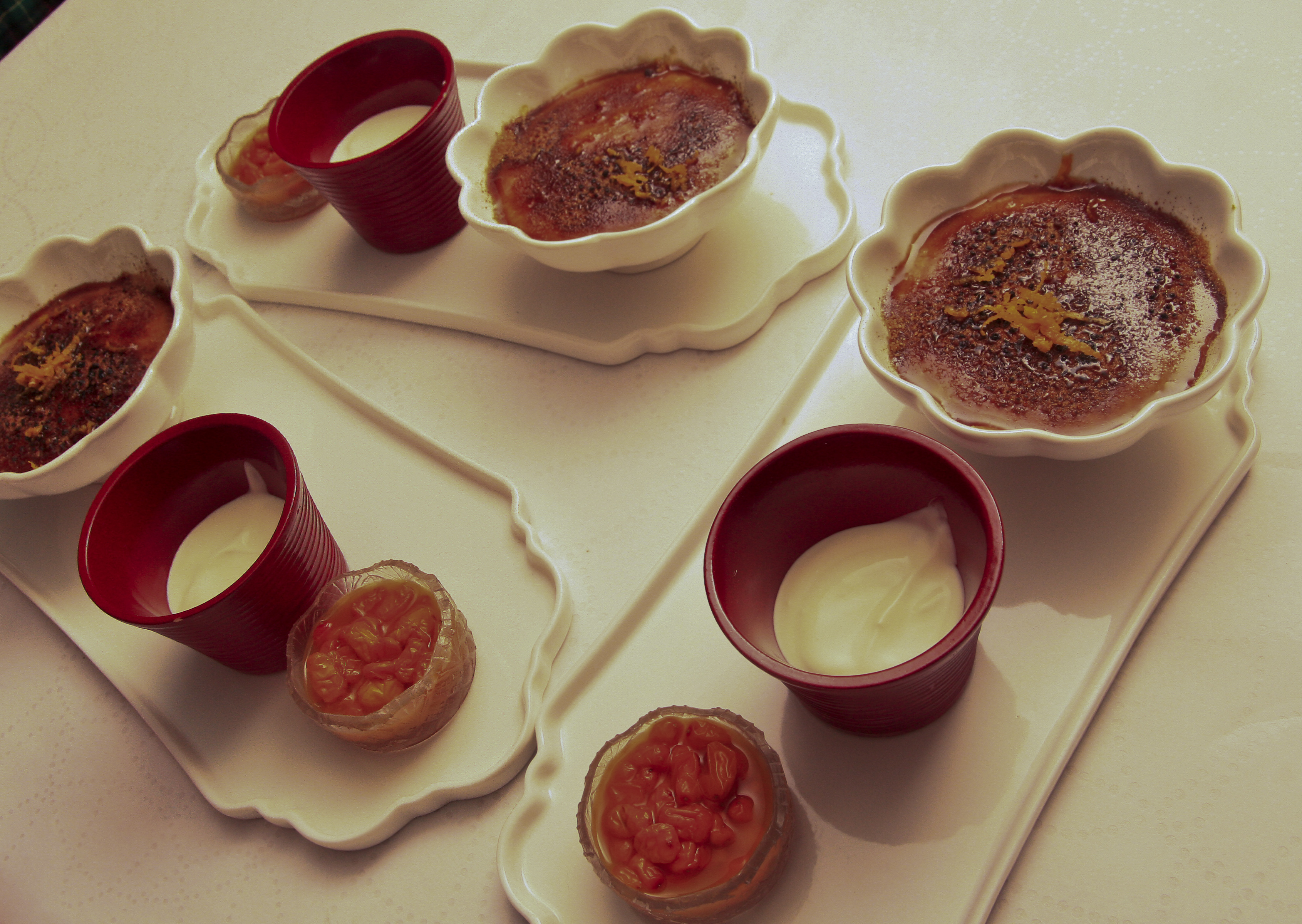 This year’s speciality winner Per Carlsson impressed judges with his dish Nordic Porridge – Caramel Sweet and Sour, a porridge made with ingredients including Hamlyns Scottish Oatmeal, cloudberry liqueur, orange peel and whipped cream, topped with flambéed cloudberries and whipped cream.

It was third time lucky at the competition for Per, who describes himself as “an extremely devoted porridge maker who practices making porridge practically every morning making guests at the Steninge hostel enjoy happiness through porridge made with perfection and love.”

Organiser Michelle Green from Carrbridge Community Council said: “It’s been a fantastic day for the competitors, judges, visitors and villagers alike, and we’re already looking forward to the 2018 competition, when the Golden Spurtle will be celebrating twenty five years as one of Scotland’s favourite culinary events.”

Alan Meikle, Managing Director of Hamlyns of Scotland said: “The World Porridge Making Championships is closely followed by porridge lovers from all over the world. It’s been a very closely fought competition with a real international flavour, and we’d like to congratulate Ellinor and Per on their wins.”

We look forward to returning to Carrbridge for the 25th Championships next October. Rumour has it that some of the competitors are practicing already! 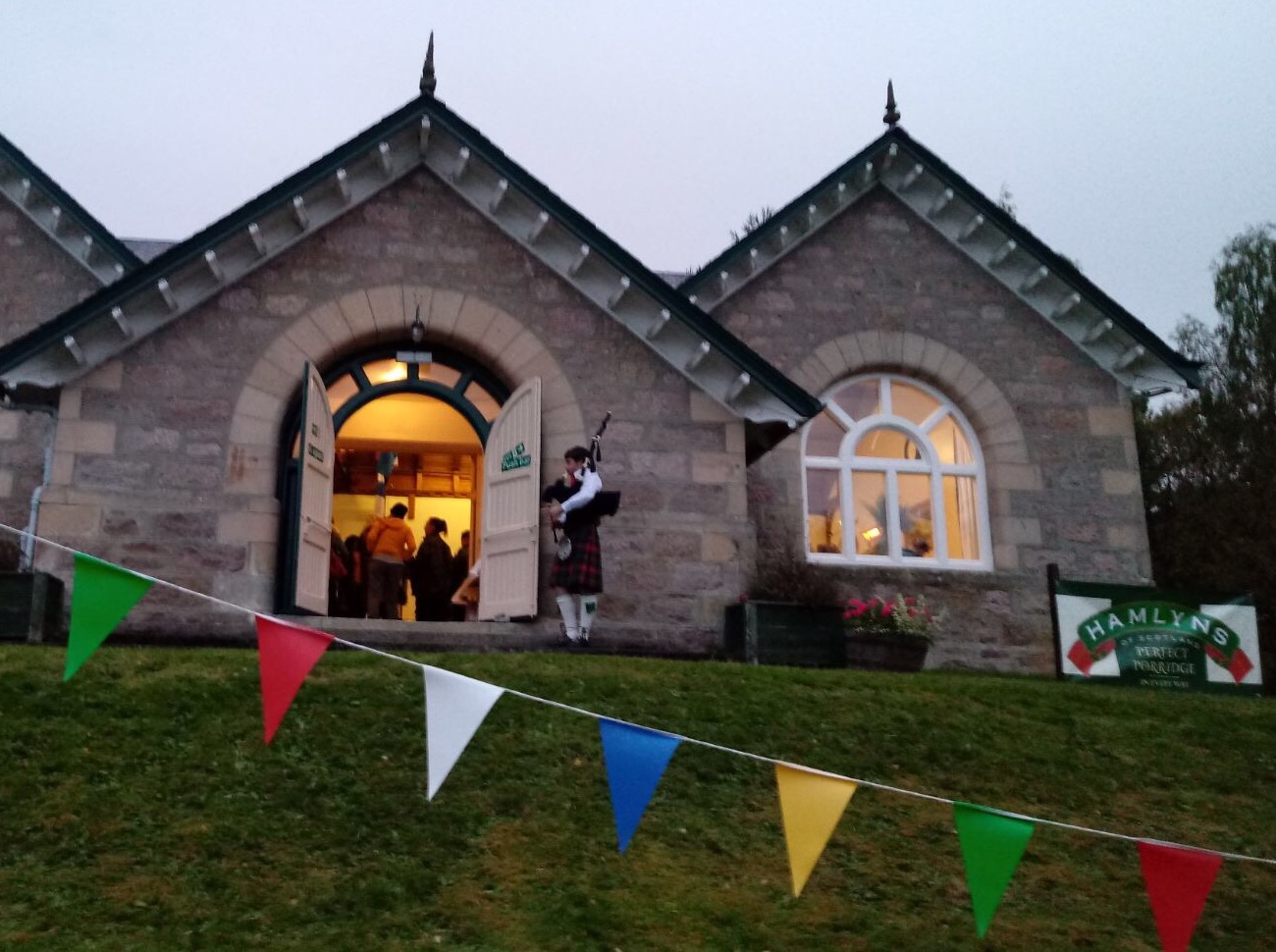 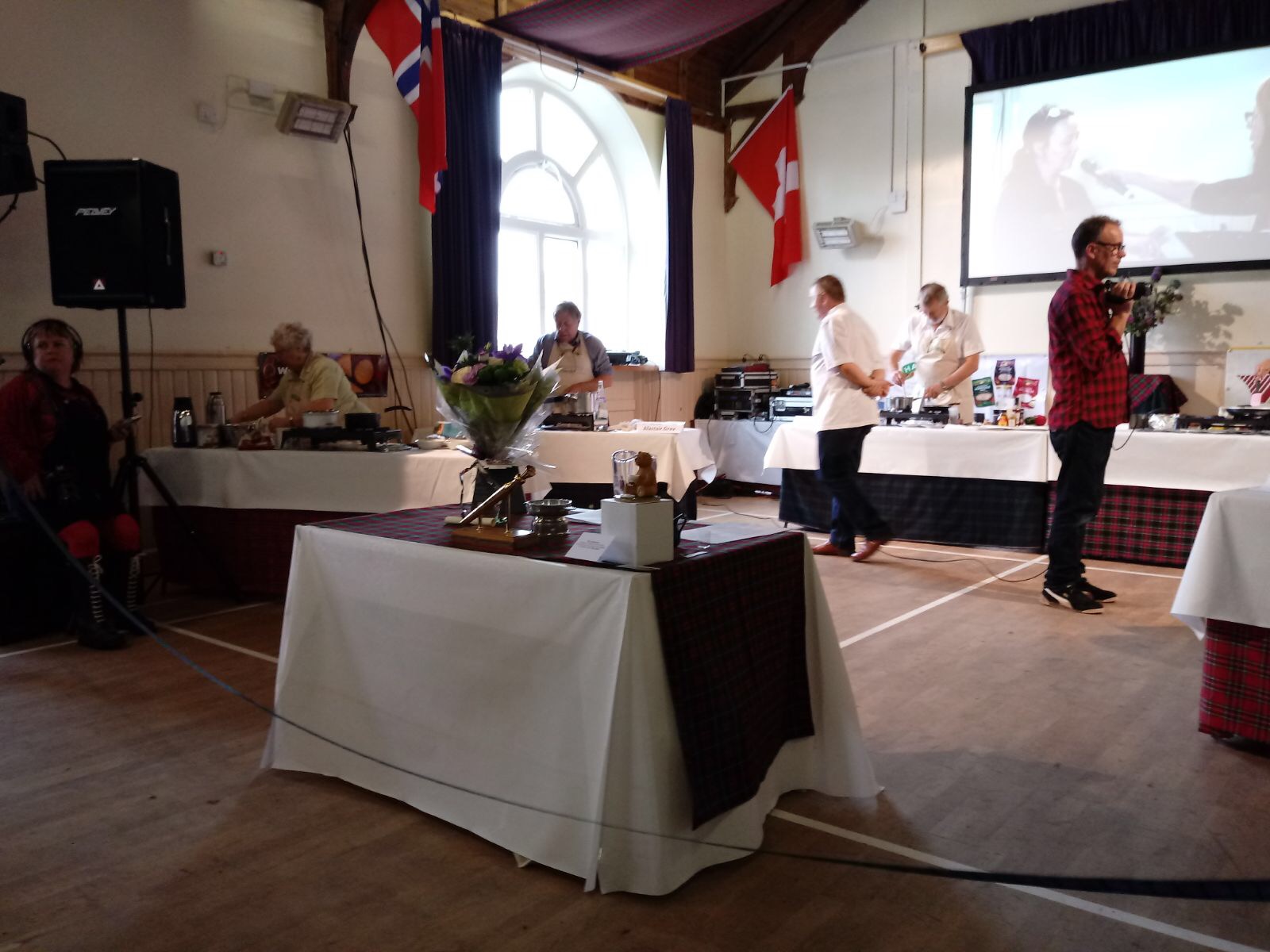