One month today, oat farmers and owners and employees of cereal business from Russia, Switzerland, Holland, America, England, Ireland and the Scottish borders, will join an eclectic line up of porridge fans for the 24th annual World Porridge Making Championships, one of the highlights of the Scottish food calendar.

The event takes place in the picturesque Highland Village of Carrbridge on Saturday 7 October, and we’re delighted to be the main sponsors once again.

Others joining the line up of contenders vying for the coveted title of World Porridge Making Champion and the Golden Spurtle trophy include an Icelandic café and healthstore owner, a Scottish gallery owner, a Swedish glass maker, a Scottish civil engineering technician, and the head of the Swedish Anti-Doping Agency, Matt Richardson, who joked: ‘Porridge is definitely allowed in sport as a performance-enhancing substance.”

The field also includes a Swiss food scientist whose surname Bircher reflects one of the latest porridge trends!

The title of World Porridge Making Champion is awarded to the contestant deemed to have made the best traditional porridge using just three ingredients – oatmeal, water and salt.

Several previous champions are returning to the competition including current title holder, octogenarian Bob Moore, founder of Bob’s Red Mill in Milwaukie, Oregon, Dr Izhar Khan a renal consultant from Aberdeen, Dr Simon Rookyard, a physicist and scientific consultant based in Warrington, and two-time champion Scot Neil Robertson, a tearoom owner from Auchtermuchty in Fife, who invented the double backed Spon to stir his porridge.

As well as the traditional porridge competition, there is also a speciality category for oatmeal combined with any other ingredients, leading to a wide variety of sweet and savoury entries. Current speciality champion, Thorbjorn Kristensen from Norway, who has recently been invited by Norwegian Green Party, MDG, to make a plan for Norweigan school meals, will return to defend his title.

Three judges will face the tough job of choosing the two winners. Shirley Spear, Scottish Food Commission Chair and owner and founder of the award-winning the Three Chimneys on the Isle of Skye is judging the event for the first time. Shirley joins experienced judge, Colin Bussey, former Executive chef at both The Savoy and Gleneagles, and classically trained French chef, Lydie Bocquillon, originally from Avignon, now chef/owner of the Auld Alliance restaurant and guesthouse in Kingussie.

Hamlyns Managing Director Alan Meikle said: “Hamlyns of Scotland is absolutely delighted to continue our sponsorship of the World Porridge Making Championships, one of the highlights of Scotland’s culinary calendar. Porridge is now a year-round favourite breakfast, and the international line up confirms that it’s something that is popular throughout the world.” 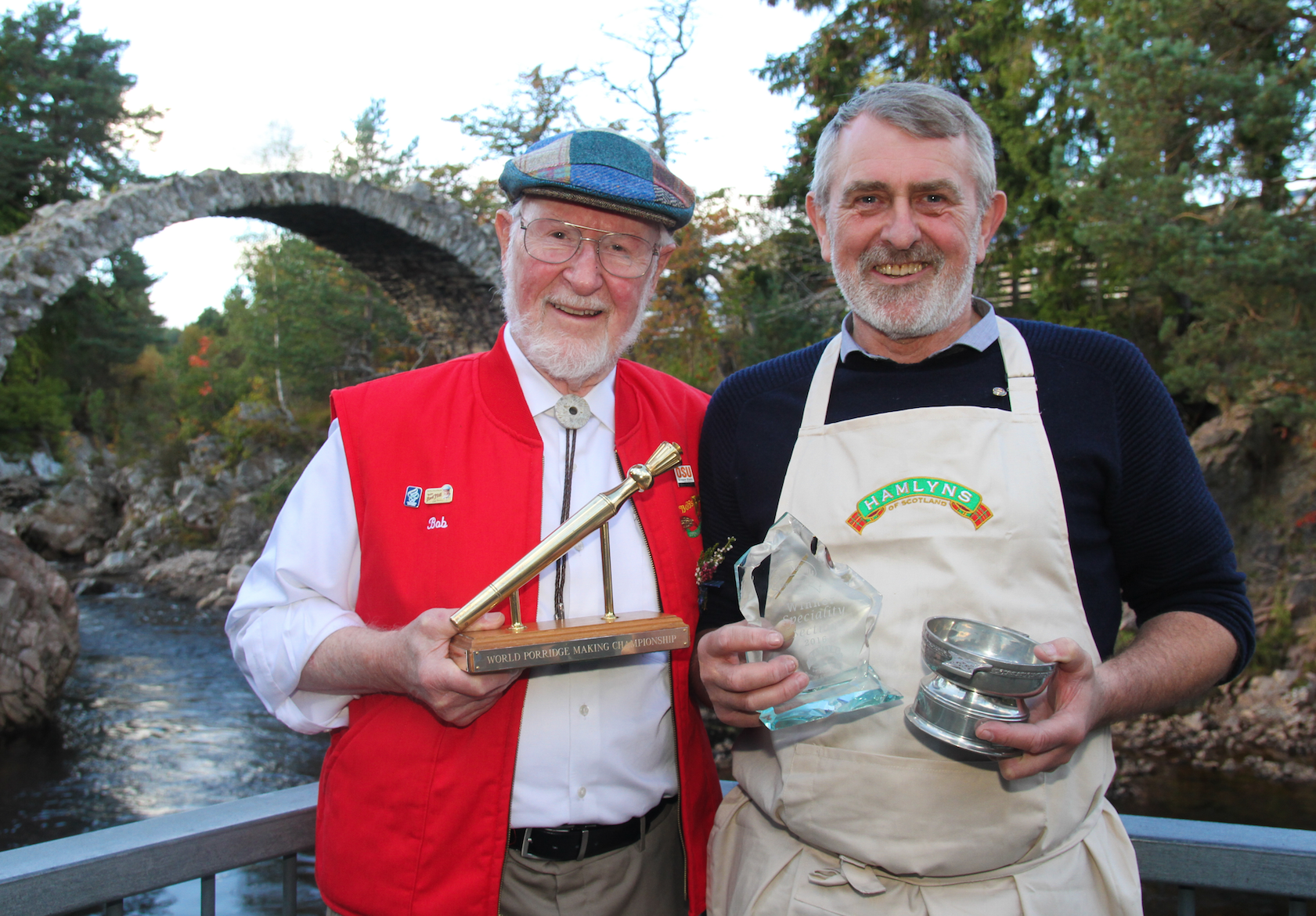