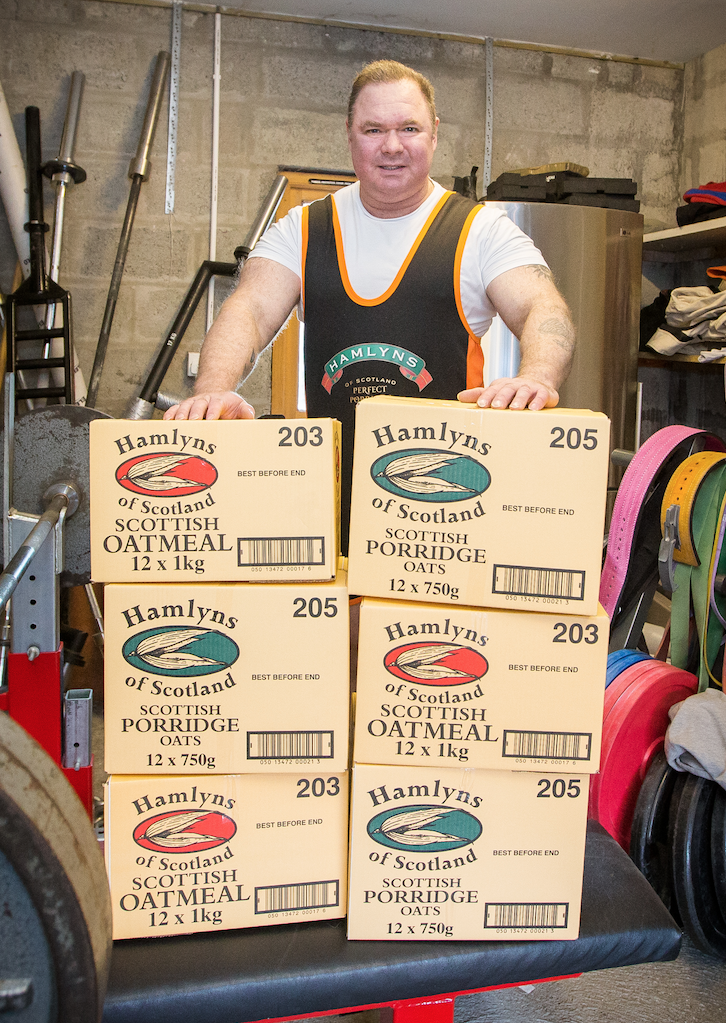 Neil, who is a chef at the Station Hotel in Rothes, is an accomplished powerlifter. Despite only taking the sport up five years ago, he has held a range of titles including two World titles, four European titles and five British titles, including the British bench press title in the Masters and Open categories for 110kg weight, which he still holds.

At the World Powerlifting Championships, Neil is representing team GB in the Masters (over 40s) and Open categories in bench press. He qualified for the World Championships by winning his category at the British Championships where he set a new national record by lifting 200kg in his class.

Neil said: “It’s great to get sponsorship from a local business, and I’m really grateful to Hamlyns of Scotland for supporting me. A strict training regime and good nutrition are the key ingredients for being a successful powerlifter. I love porridge and eat a lot of it for breakfast in the run up to competitions, made from a cup of oats, one and a half cups of full fat milk and just before it’s ready I stir in half a cup of pasteurised liquid egg whites which really pack a protein punch. They don’t flavour the oats so much as alter the texture, making the porridge light and fluffy.” 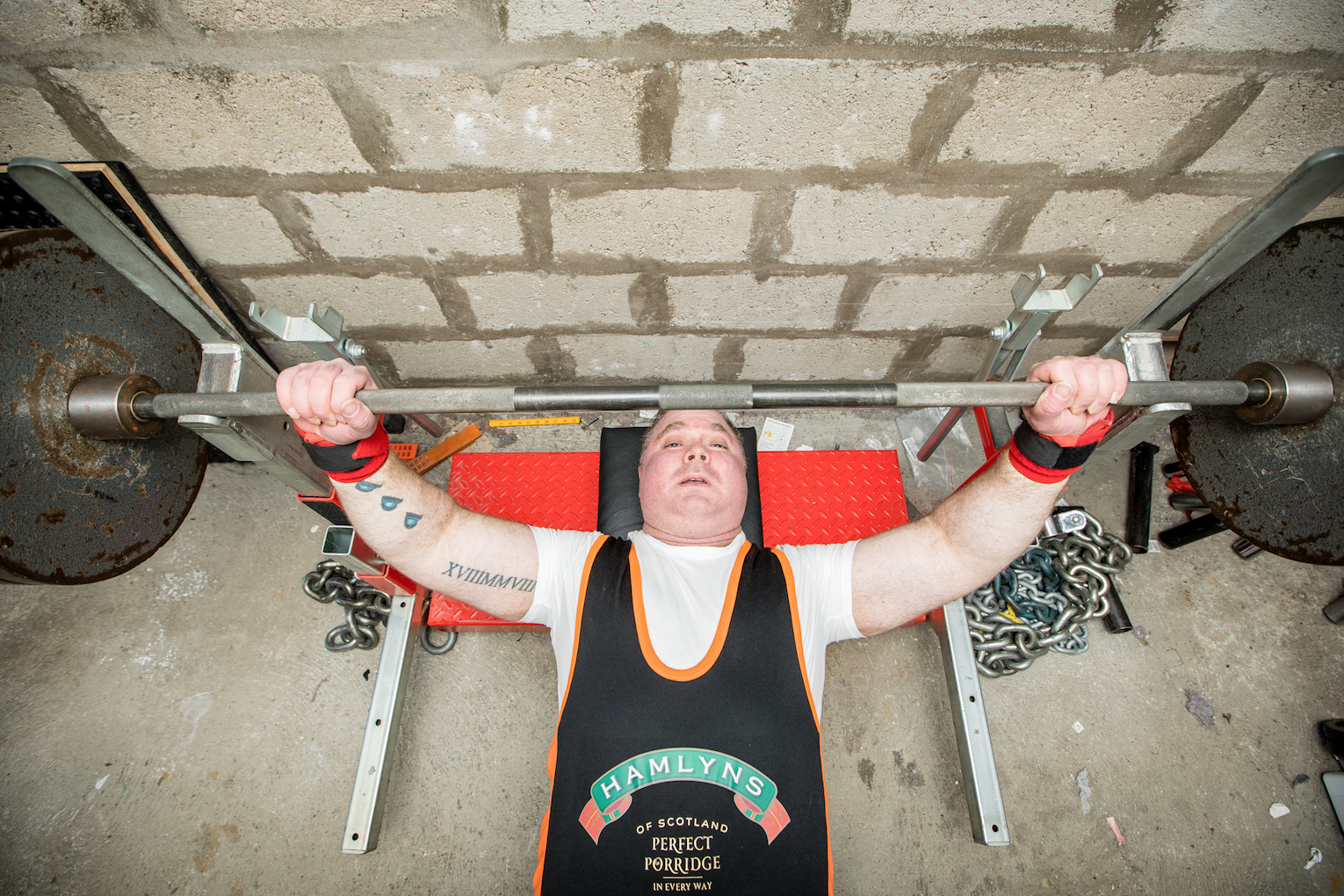 Neil’s achievements are made even more impressive when you hear that unlike most of his fellow competitors, who train in state of the art gyms with high tech equipment and teams of up to 20 professional coaches, Neil trains in a home gym in his garage. He has either built or bought all of his own equipment, and mainly trains alone in what he calls his “hardcore dungeon of a gym.”

Alan Meikle, Managing Director of Hamlyns of Scotland said: “Porridge is a great way to start the day, whether people are looking for energy to exercise, or to eat healthily, slim down, or maintain a healthy weight. So many fit, healthy people like Neil swear by eating porridge for breakfast. We’re delighted to support Neil in his quest for success at the World Powerlifting Championships, and all wish him best of luck for next week.”

The World Powerlifting Congress takes place in Orlando from 5-11 November.

In advance of leaving for Orlando, Neil was delighted to win the ‘Veteran Sports Athlete Award at the 2018 Diageo sportMoray Recognition awards, which took place in Elgin Town Hall on Monday 29 October.