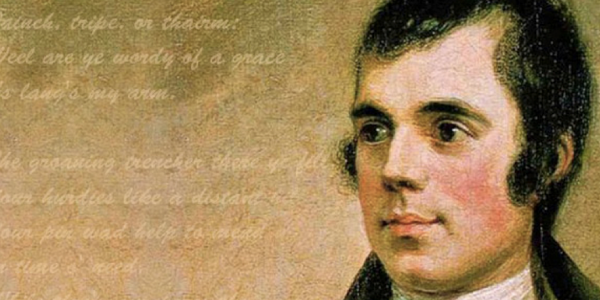 Robert Burns, or Rabbie as he is fondly known, was a Scottish poet and lyricist. The so called ‘Ploughman Poet’ was born on 25 January 1759 in Alloway, Ayrshire into a farming family,

Throughout his life Burns was a keen user of the Scots language, with most of his published lyrics and verse being written in Scots.

His work is celebrated the world over, with many of the most famous and enduring songs and poems of the era being written by the Bard of Ayrshire.

From the Hogmanay staple ‘Auld Lang Syne’, to the sprawling folkloric verses of ‘Tam o’ Shanter’, Burns’ poetry and lyrics are instantly recognisable, and loved by Scots across the globe.

The first Burns Club was inaugurated in Greenock on 21 July 1801, to mark the fifth anniversary of the Bard’s death, and the club held their first Burns supper in Alloway the following year.

Since then, Burns’ birthday has been commemorated annually around the world, with a traditional feast known as a Burns supper, celebrating his life and works.

As such, it makes it easy to organise your own authentic event.

It’s important to have a good master of ceremonies to welcome guests, host the event, and introduce the entertainment.

Before the meal begins, the host reads the Selkirk grace – a short prayer attributed to Rabbie Burns, giving thanks for the meal that is about to be enjoyed.

After a traditional soup starter, the guest are invited to stand and clap to the beat, as the sacred haggis is piped into the venue on a silver planner, accompanied by the host and the chef.

The host reads Burns’ own Address to a Haggis, as the haggis is cut open, and its rich meaty filling escapes from its casing.

The host and guests then toast the haggis with a dram of Scotch whisky before it is taken back to the kitchen to be served.

Address to a Haggis

Weel are ye wordy o’a grace
As lang’s my arm.
The groaning trencher there ye fill,
Your hurdies like a distant hill,
Your pin wad help to mend a mill In time o’need,
While thro’ your pores the dews distil
Like amber bead.

His knife see rustic Labour dight,
An’ cut you up wi’ ready sleight,
Trenching your gushing entrails bright,
Like ony ditch;
And then, O what a glorious sight,
Warm-reekin’, rich! 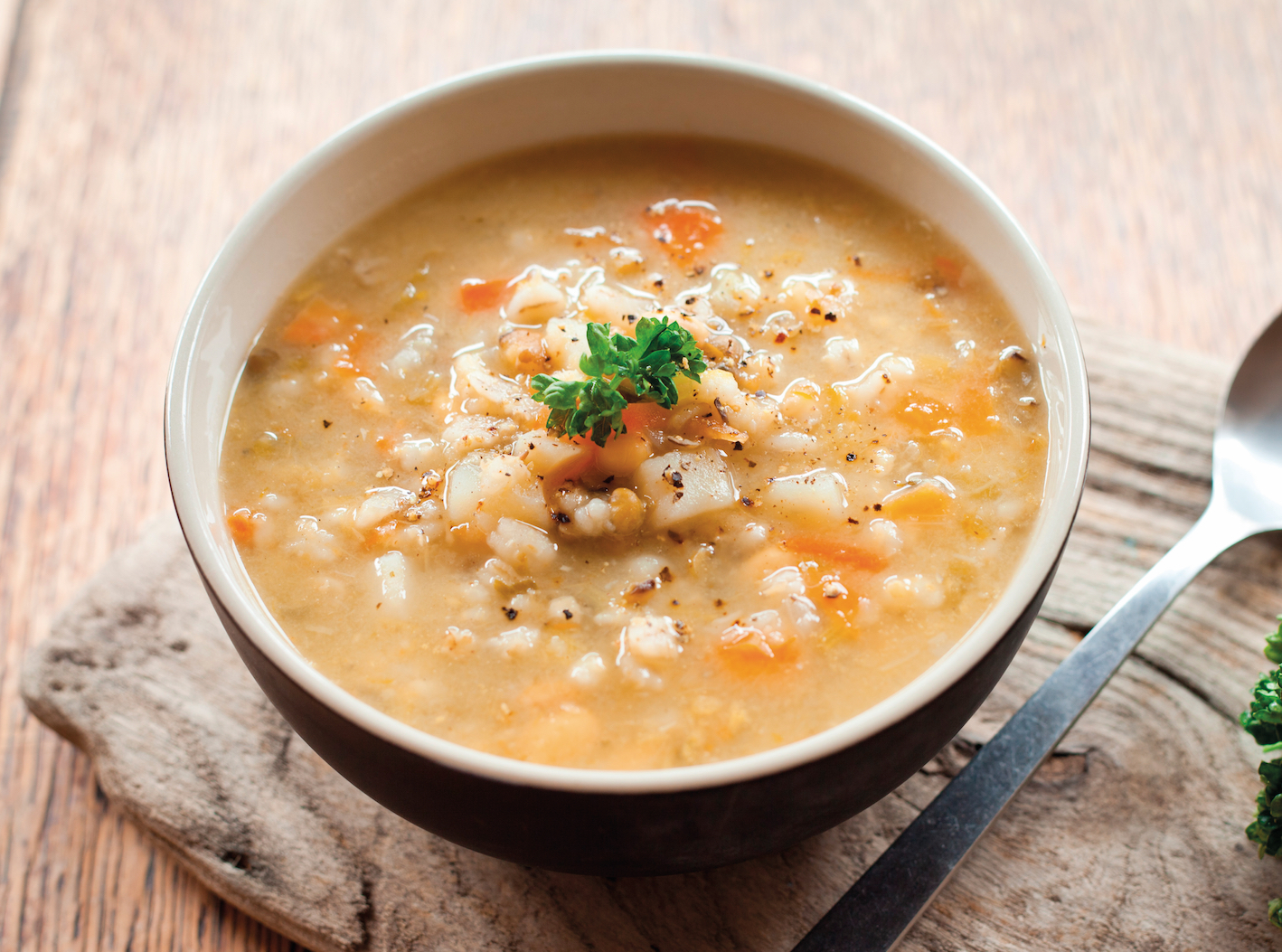 Most Burns Suppers begin with a traditional soup such as Scotch Broth, Cullen Skink or Cock-a-Leekie, served with oatcakes.

You’ll have gathered by now that an absolute essential for any Burns supper is the haggis, one of Scotland’s favourite national dishes. Some may judge the haggis itself to be a culinary challenge at the best of times, but our recipe for homemade haggis, is sure to impress your guests.

Haggis is traditionally served with neeps and tatties – Scots for mashed turnips and potatoes.

Try putting a twist on your mashed potatoes by stirring skirlie through it. Skirlie is a delicious traditional stuffing made from oatmeal and onions, cooked in butter or dripping, and although it’s usually served alongside chicken, it is fantastic in mashed potatoes. 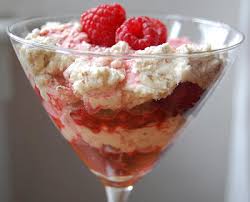 Most Burns Suppers end with cranachan, a dessert made with cream, raspberries, whisky and toasted Scottish oats.

The traditional way to eat Cranachan was to spread bowls of the various ingredients on the table, with each person mixing their own Cranachan in their bowl, according to their personal taste, however today it is more commonly enjoyed layered in tall glasses.

Alternatively, a traditional clootie dumpling – which gets its name from the cloth it is steamed in – may be served with custard.

This is sometimes followed by a cheeseboard featuring different Scottish cheeses served with oatcakes.

After the meal comes the entertainment, and guests are encouraged to sing the songs and recite the works of the Bard, particularly at smaller events, where many guests will get involved.

Popular works that may be read or sung could include ‘To a Mouse’, ‘A Red, Red Rose’, ‘A Fond Kiss’, or if you’re lucky the host will treat the guests to the epic ‘Tam o’ Shanter’.

A male guest will be invited to give the ‘Toast to the Lassies’, a toast to the women in the room, delivered in a humorous and often adoring way.

Following this, the women get their chance to follow suit in their ‘Reply from the Lassies’.

A dram of Scotch whisky is of course mandatory to toast each speaker!

To round off the formal dinner, following a vote of thanks for all involved in the ceremony of the evening, guests cross arms and join hands to sing the Burns classic ‘Auld Lang Syne’.

and surely I’ll be mine!
And we’ll tak a cup o’ kindness yet,
for auld lang syne.