The Hamlyns brand celebrated 50 years in 2015

Hamlyns of Scotland is part of a family food business, owned and managed by a family with 14 generations of history in oat milling, and last year the Hamlyns of Scotland brand celebrated its 50th birthday. Here are some of the key dates in the brand's history.

Hamlyn and Co was a successful grain merchant, mainly supplying farms throughout the north east of Scotland. In 1965, two skilled millers from another local mill joined the company, bringing not just their skills as millers, but a strong customer base. The company decided to seize the opportunity to launch their first consumer brand.

The first Hamlyns Oatmeal was produced at the Fraserburgh Watermill, a watermill in name only, which until then had been used primarily for drying grain. Hamlyns Oatmeal was launched in September 1965 and was an instant success in wholesalers and grocers throughout the north east of Scotland.

With Hamlyns Oatmeal well established, the company expanded the range to include Hamlyns Porridge Oats.

Hanson sold the company to J Bibby Agriculture Ltd, who continued to expand the customer base and develop the brand.

Bibbys closed their mills in Buckie and Kirriemuir, and sold the Hamlyns brand to North Eastern Farmers, a farmers' co-operative. North Eastern Farmers already had their own oatmeal brand, Up Country, however Hamlyns was once again believed to be the stronger brand, and Up Country was soon discontinued in favour of Hamlyns. 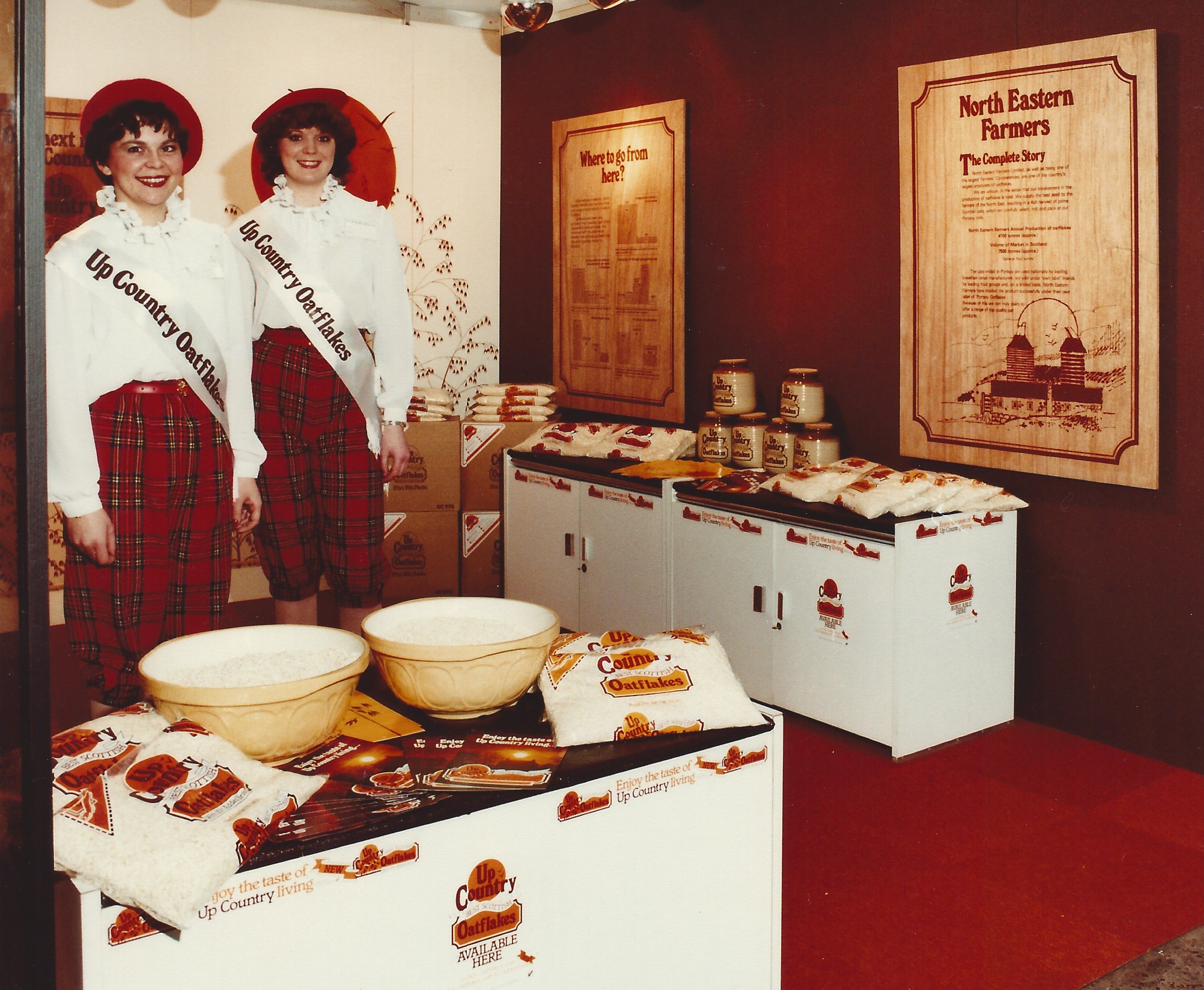 Opening of the current mill at Boyndie near Banff, in the heart of Scotland’s oat growing countryside. The mill is still one of the most modern oat processing mills in Europe, combining the latest oat milling techniques with traditional customs.

The brand was purchased by Morning Foods Ltd, a family food business, with 14 generations of oat milling history.

The installation of our wind turbine made us the first oat mill in modern times to be fully powered by wind.

The Hamlyns brand celebrated its 50th birthday. In June 2015 we undertook a significant re-branding across the traditional range of Hamlyns Scottish Porridge Oats and Oatmeal, bringing the design in line with our pots and sachets.